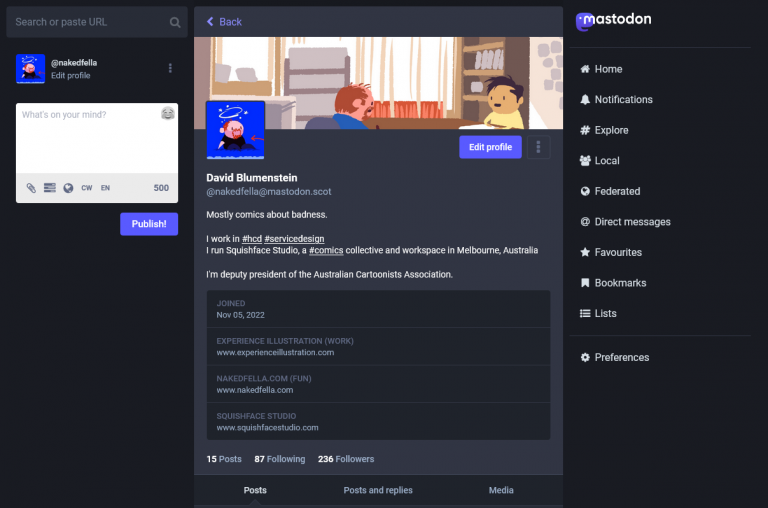 If you don’t know what Mastodon is, you must not be on Twitter! I’ve been on Twitter since maybe 2009. My first tweets were dictatweets, where I just linked to a recording of myself talking into a tape dictaphone.

People are fleeing Twitter currently because Elon Musk bought it. This seems weird to me because all of your favourite evil socialmedias (and most of the tech you use) are owned by absolutely awful billionaires, but Elon is basically another Trump type, and that makes people twitch and foam.

But I very much would like to encourage the move to a more peer-to-peer social site which can’t as easily be turned into a cesspit by one guy. So come find me at Mastodon.scot/@nakedfella!

Anyway, Mastodon has a few things about it that are jarring when compared with Twitter, a service that’s been continuously worked upon for about 15 years. Jump onto a server, have a look around, introduce yourself, read the helpful posts from people who’ve already used it a bit.