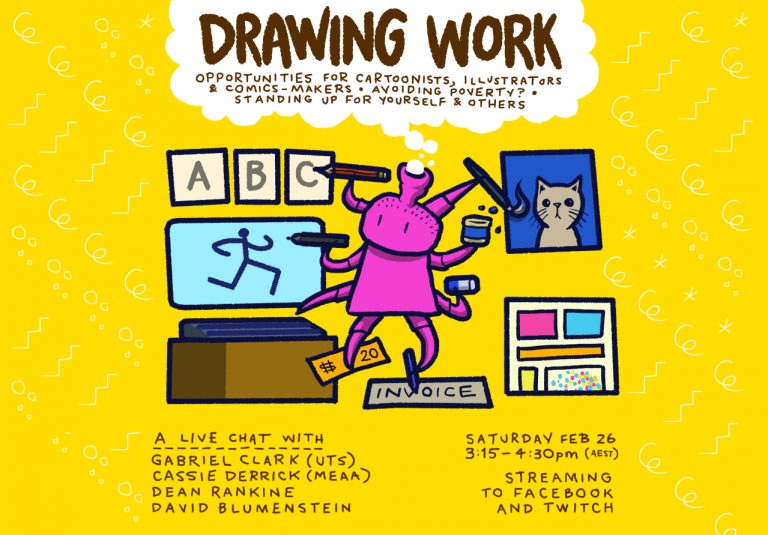 Drawing work: opportunities for cartoonists, illustrators & comics-makers / avoiding poverty? / standing up for yourself and others

This was a live online chat I ran in place of the aborted Australian Cartoonists Association conference. We talked about the Australia Council report Graphic Storytellers At Work with Gabriel Clark, learned more about the Media Entertainment and Arts Alliance’s new Freelance Charter from Cassie Derrick and discussed things freelance artists should know with Dean Rankine. Really good chat.

You can watch the recording on Facebook and Twitch. 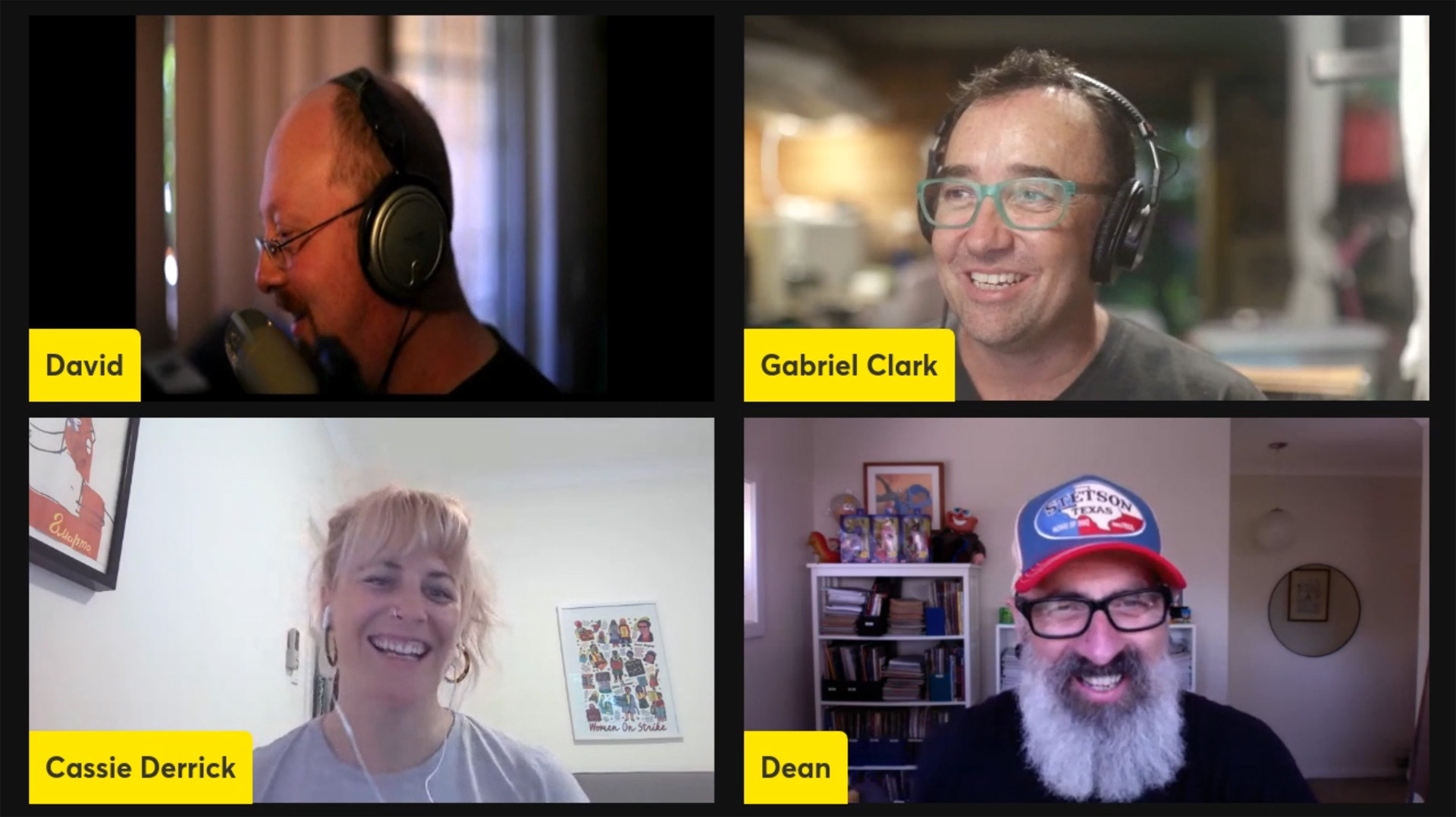 Cassie Derrick is the Deputy Director of the Media Section for our union, the Media Entertainment and Arts Alliance, and the lead of the union’s campaign for freelance rights. Twitter: @cassderrick

Gabriel Clark is a lecturer at the School of Design at the University of Technology Sydney. His most recent research projects include Graphic Storytellers at Work for the Australia Council for the Arts and the ARC Linkage project Folio – Stories of Contemporary Australian Comics. He’s also producer of the live graphic storytelling event Read To Me and a co-founder of the Sydney Opera House’s Graphic festival. Insta: @gabrielclark

David Blumenstein is a service designer, animator and comics artist who’s written for The Nib, The Guardian and Australian MAD. His big long comics include #takedown, The Internet’s Most Trolled Cartoonist, Free Money, Please and Why Los Angeles is Scientology’s perfect city. He’s a co-founder of Squishface Studio in Melbourne. Twit/Insta: @nakedfella