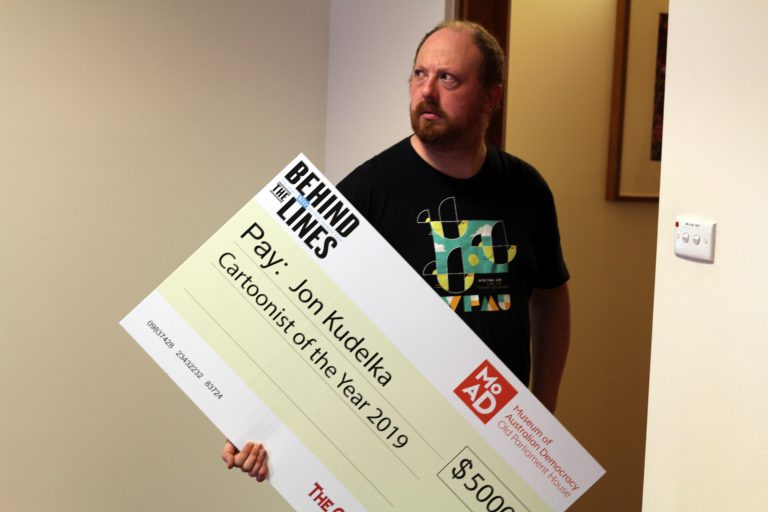 The ACA’s annual conference/awards night (“The Stanleys”) happened over the weekend. This year I’m the ACA’s deputy president, so I was heavily involved in putting the conference part together. I’m really happy with how it all went. In a political/business environment where the arts is ignored, downgraded and generally considered to be not worth working towards as a career, it’s nice to get together with people who take comics (relatively) seriously. 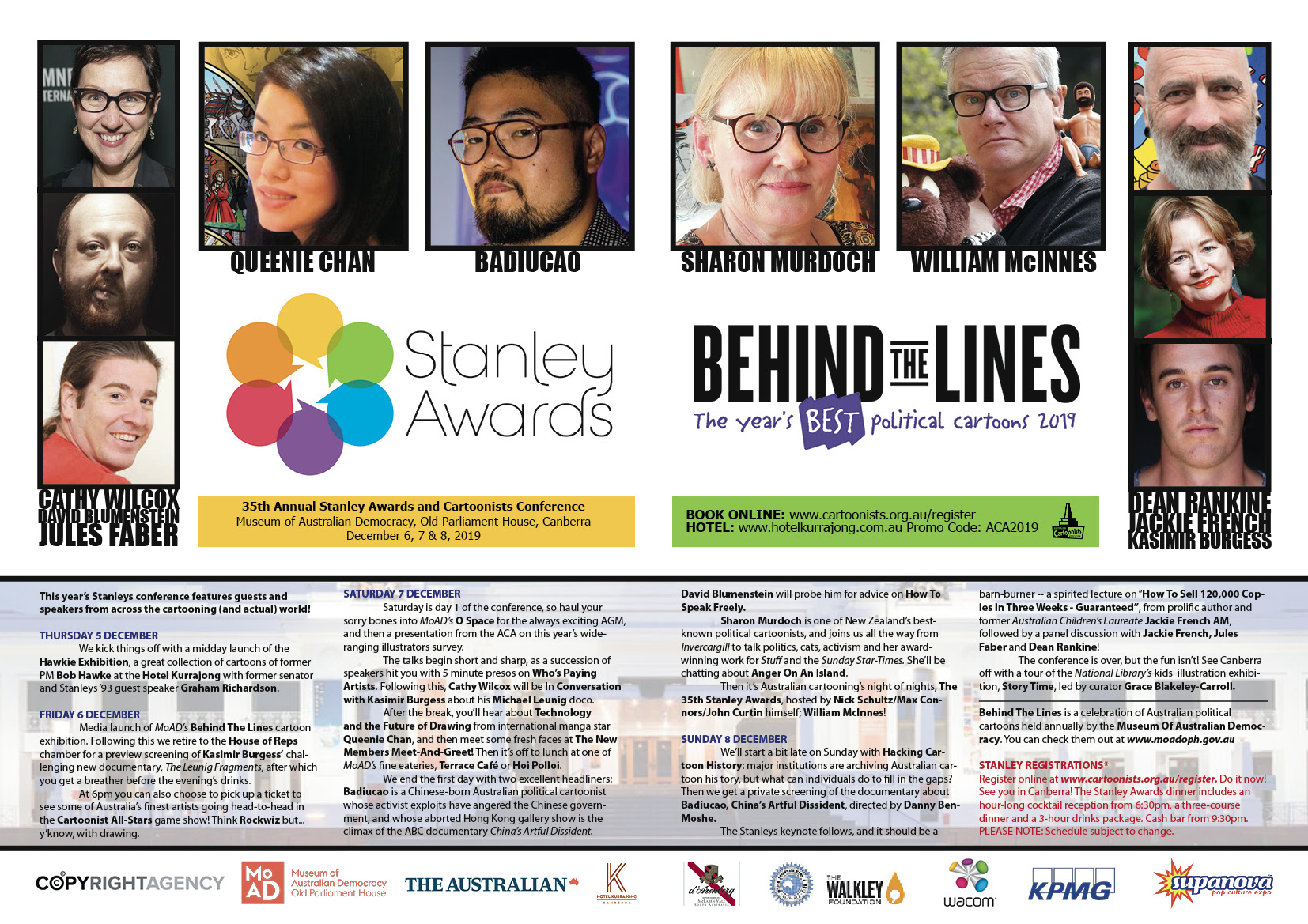 I ended up being the one to organise the conference this year, along with our committee members (some huge help from Robert Black and Martina Zeitler especially, plus the very lovely Heather Wallace and team at MoAD), so I took the opportunity to invite some guests I thought would shake things up a bit. They did, in fact, do this, though not necessarily in ways I was expecting!

I also ended up being a special feature of day 1, not that I had planned it that way.

A lot happened at this conference, so I’ll just try to sum up with a few observations in chronological order…

Before we headed home we had a good chin-wag with our friend Eleri Harris, Sharon and other excellent artists. As always, the best convos are in between the events (especially when you’re running them).

OK that’s enough. I had a slightly stressful weekend but it was a good, fiery conference! Thank you again to MoAD, the committee and all the artists who were our guests!

[Edit 2021: The draft of this piece sat unfinished for a year and a half while The Rona swept the world and I only got it published in 2021 because I was tooling through some blog fixes. I’m really glad we made the road trip to Canberra, and ran this conference the way we did — we wouldn’t, and won’t, be able to run it again any time soon with international guests like Sharon in attendance. I inserted a link to the Crikey piece about the “AGM kerfuffle” — that came out early in 2020 but I didn’t find out about it until late that year! I chose not to comment for it at the time but it does kinda sum the episode up well.]