Remember my little brother Tristian? He wrote a great report for his Media class about how conservative columnist Andrew Bolt’s TV show works.

What happened next was that I entered Tristian’s report in the Lord Mayor’s Creative Writing Awards, and it won in the Graphic Short Story category!

Mr. Bolt then found out about this, and used it to beat up on the Lord Mayor a bit. His loyal commenters weren’t very nice, either, and kind of missed the point.

I asked Tristian if he had a response to all this, and this is what he gave me: 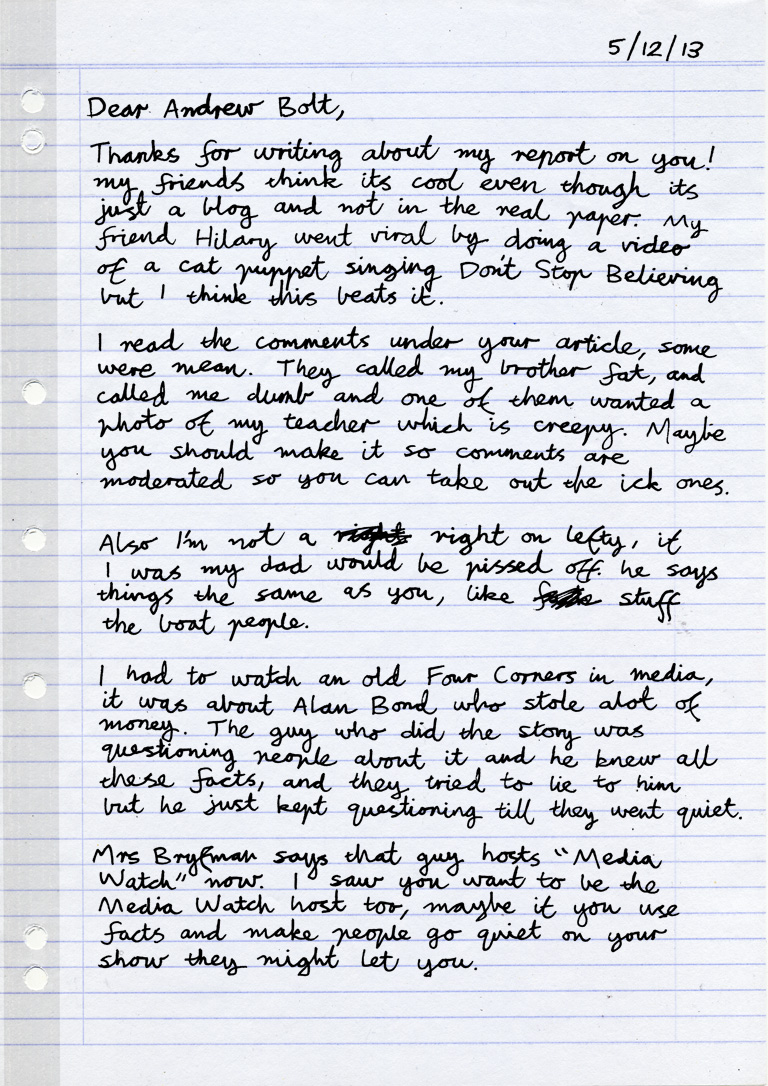 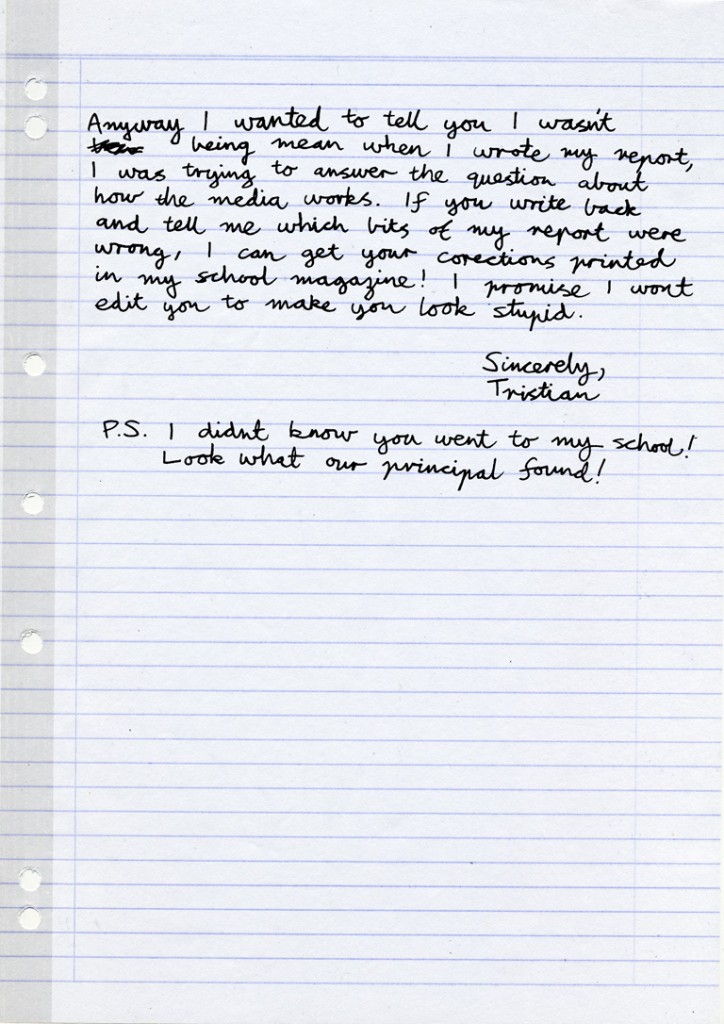 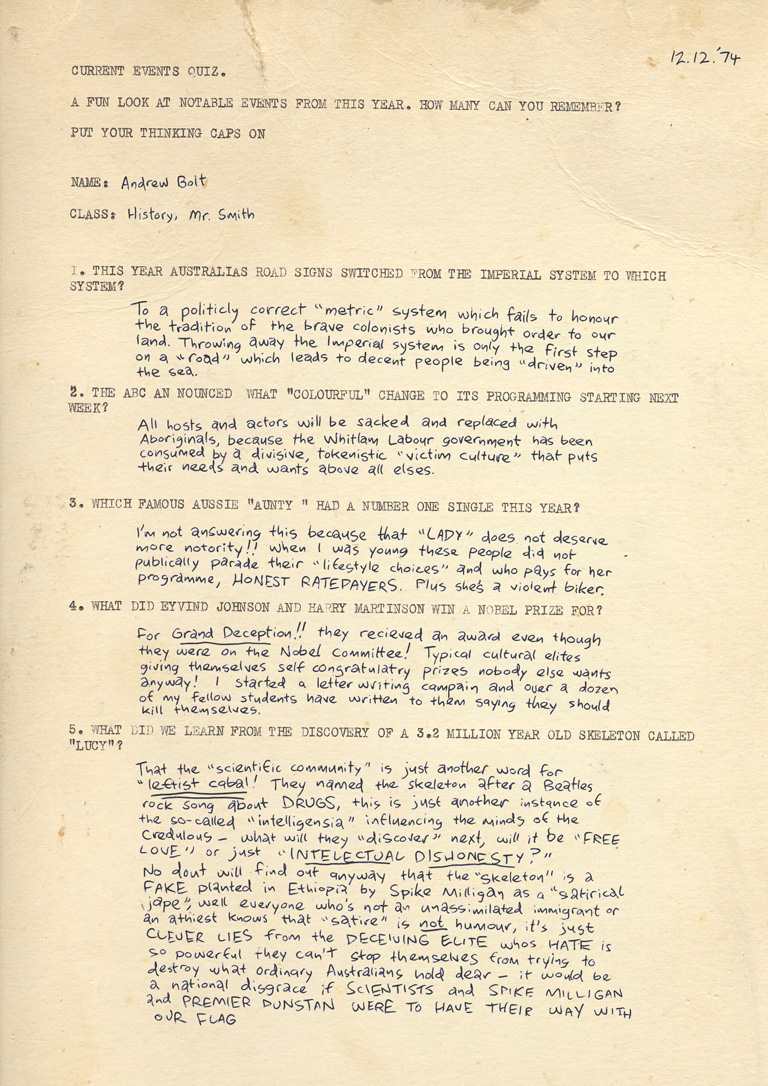