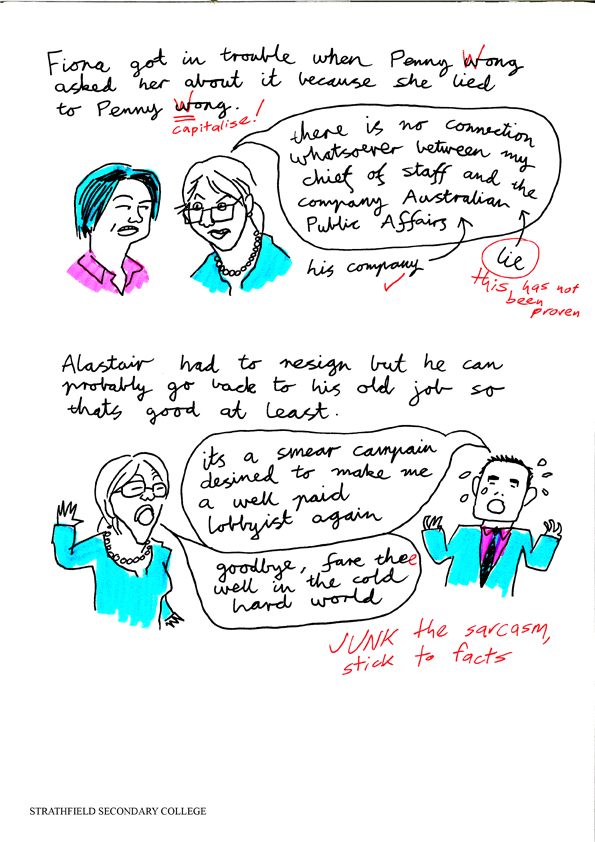 I’m not sure it’s to the same high level as his Bolt Report, but my little brother Tristian had to write about the ongoing Fiona Nash/Alastair Furnival affair for Political Studies.

Here is what he had to say about that big murky pool called Lobbying. If you have a 15-year-old, perhaps this will help them understand power and influence in Australia!

I’m not sure why he felt the need to colour with highlighters. 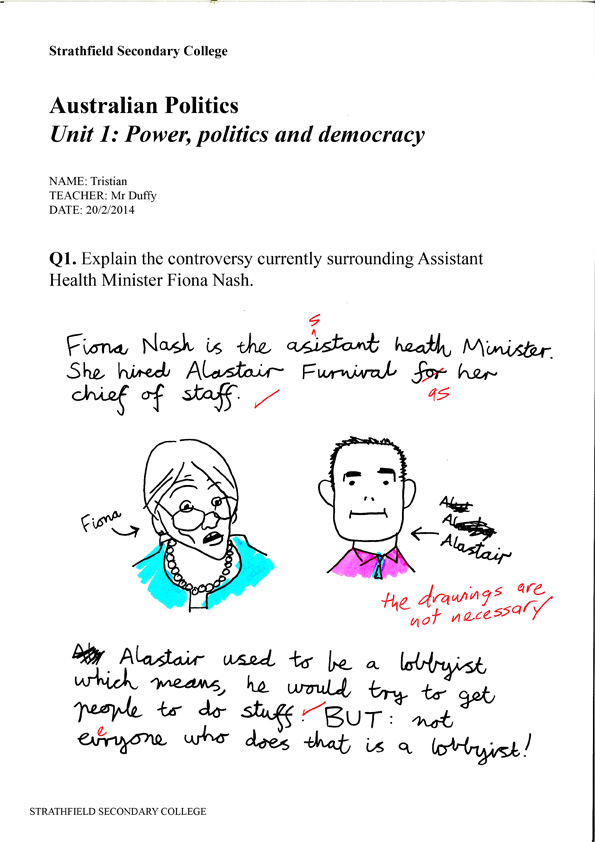 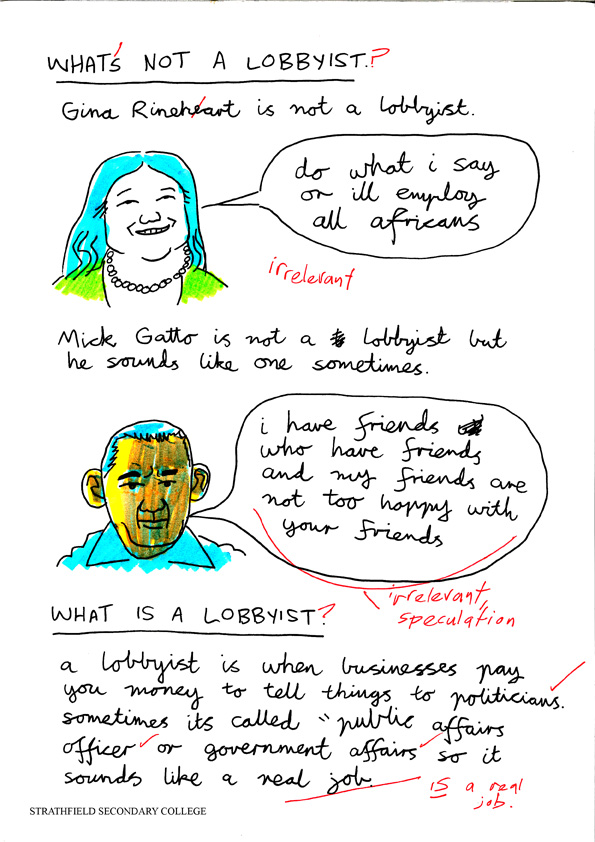 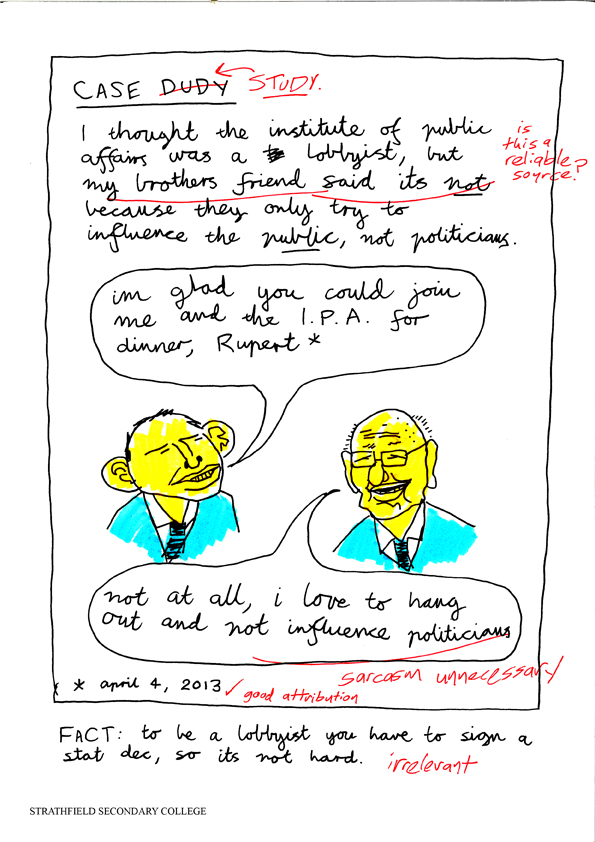 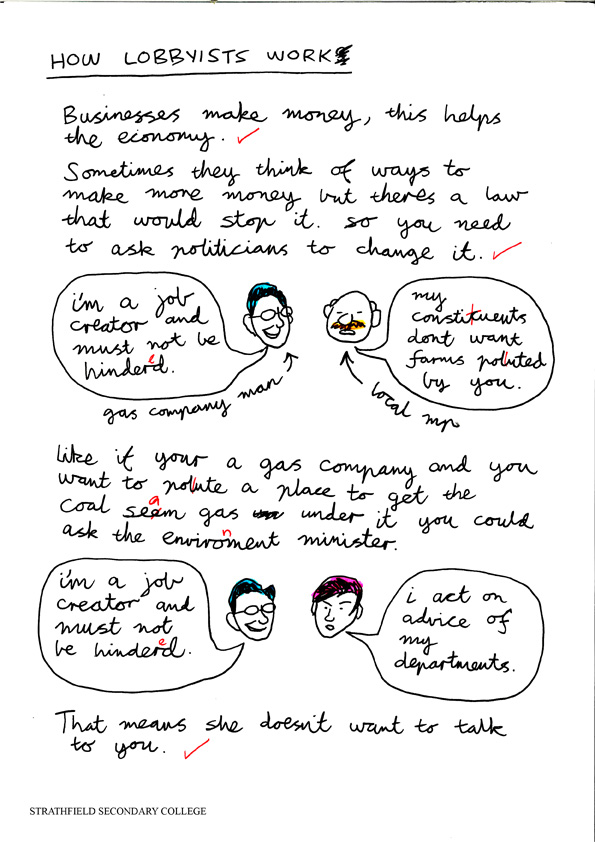 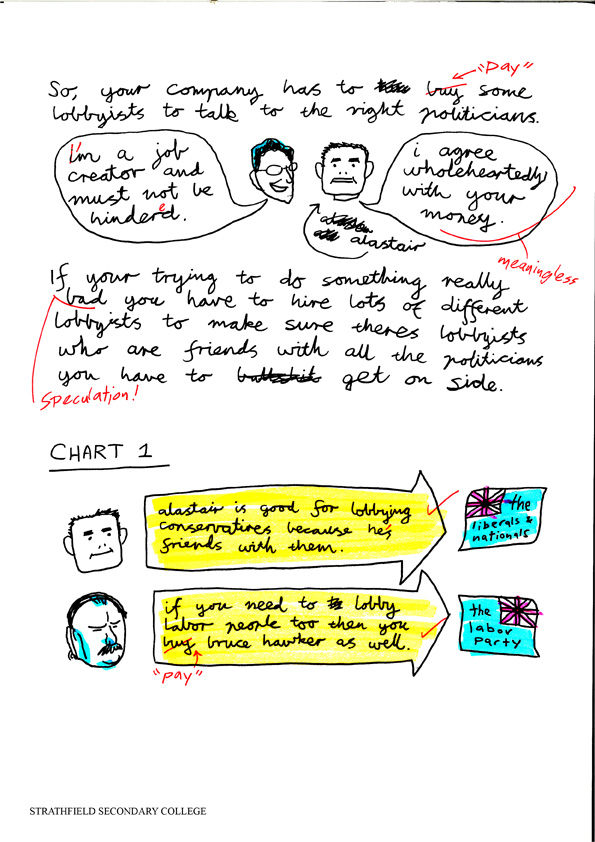 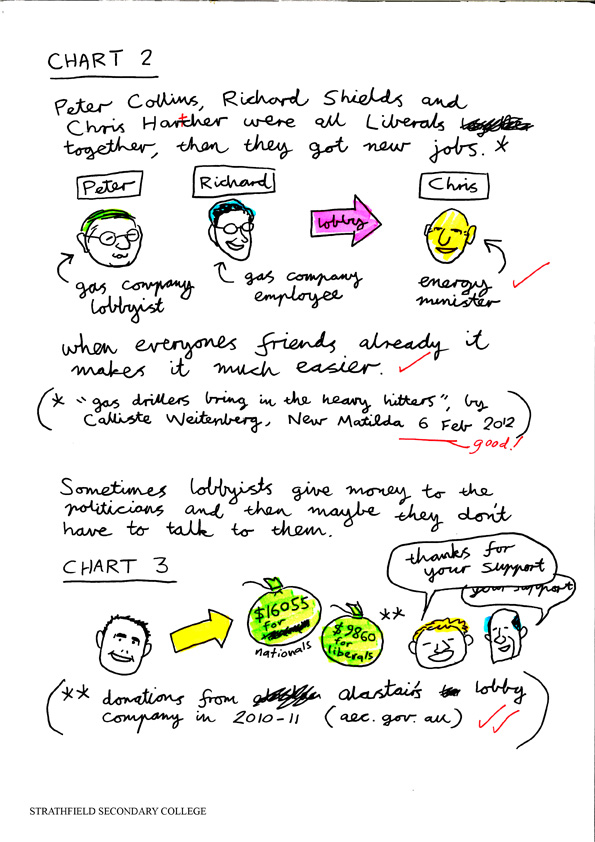 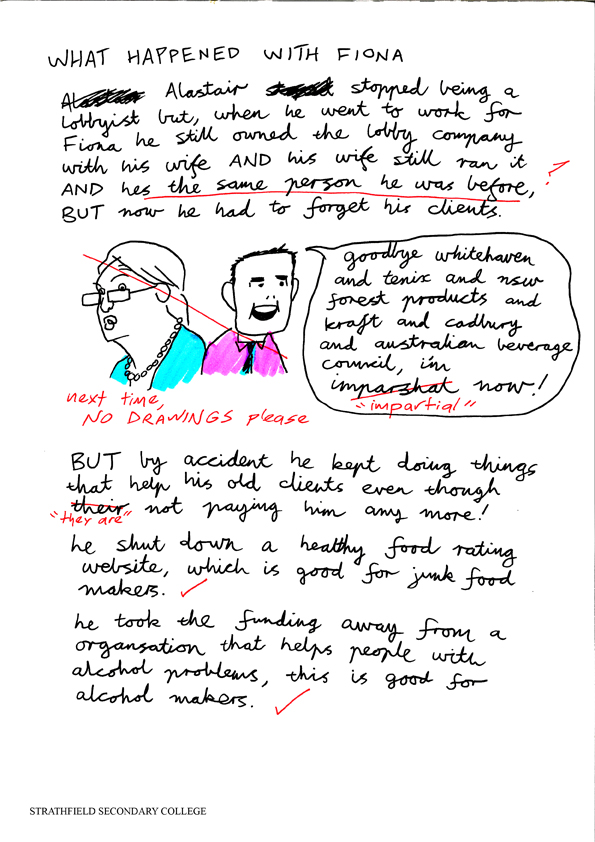 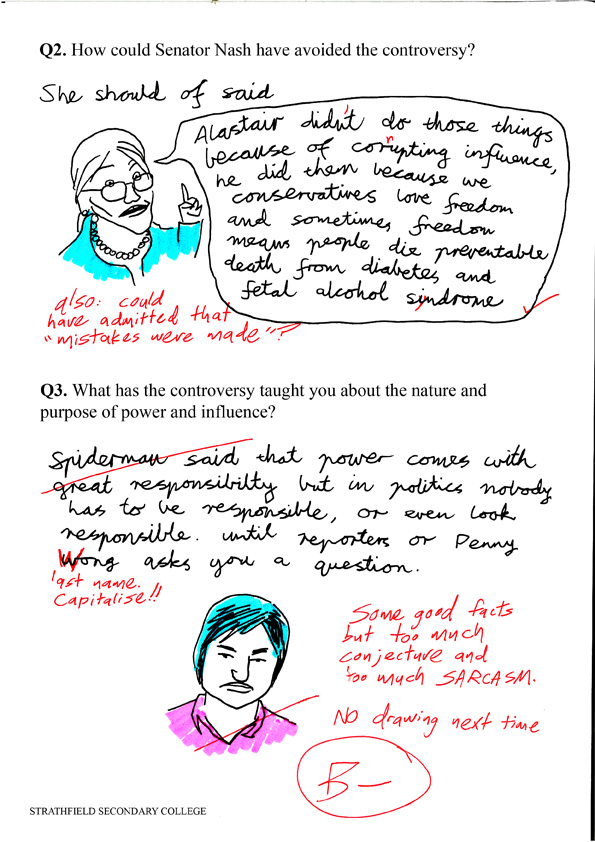 Tristian wants to acknowledge the reporting of Amy Corderoy and Calliste Weitenberg.

He would also like to thank The Studio at QVMAG in Inveresk and LiNC Tasmania in Launceston for letting him work on his report there. The LiNC library staff even scanned the pages for him. It’s good that libraries exist, isn’t it?