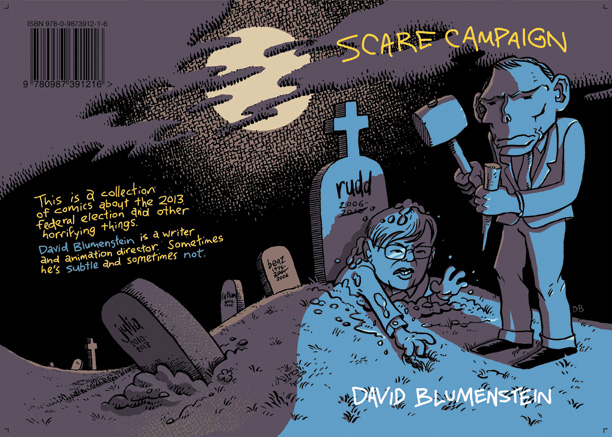 This is my new comic book, a collection of my better work from the last few years (other than Bret Braddock comics). It’s pretty small! It is pretty good, though. Most of it has appeared on this blog, but never been published.

It contains personal stories of people who shit me off — many of them politicians. One of the stories is a thing about Andrew Bolt which won a Lord Mayor’s Creative Writing prize the other day (EDIT: and which Bolt and his cronies had a very entertaining crack at).

The book is in colour, is A6, floppy and shiny. It costs six bucks. Get SCARE CAMPAIGN now from Milk Shadow Books.