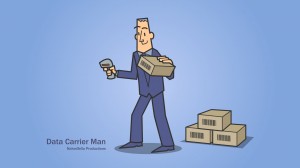 I haven’t blogged in ages, as I’ve been on my honeymoon and also I’m lazy. But I wanted to show you a few character/bg designs I did for a little corporate job recently. 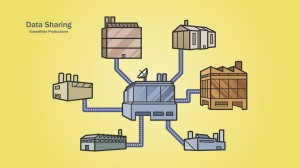 Most of the work in this (approx) 2 1/2 minute animation was in the design. There were only a few heavy animation scenes, and there were at most two characters in each. So much of the work was drawing buildings, vehicles, etc. 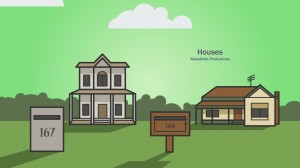 The job was a bit unusual in that I was shown an animation made for the same purpose in (I’d guess) the ’80s or ’90s, and the clients mainly wanted it redone, with some changes to the voiceover and images to modernise it. So I didn’t need to do a storyboard as such, only give the clients the designs as I produced them for approval. 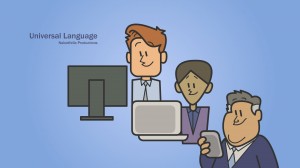 The visual style is a bit different to the way I usually draw, mostly because I used Flash’s pen tool rather than drawing with the paintbrush (which I usually prefer).

It was a fun job!