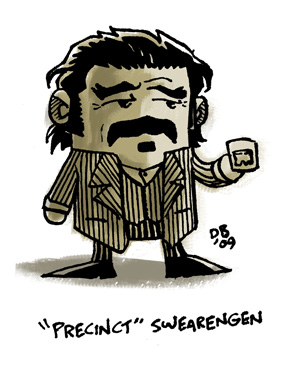 One is that artists in the very exciting 21st century need to “engage”* with their audiences using various Web 2.0 methodologies and mass marketing principles. It’s not enough to make something, you have to Facebook it. You have to expose yourself.

The other thing, more disturbing but stupider, is that writing as I know it is DEAD! This refers to the idea that, thanks to all this technology, audiences will no longer stand (or sit) for a story that is simply told to them. They must be given the chance to “interact” with it. They must be able to affect the story themselves.

I was at a talk on these themes, and a rather silly man bluntly told us writers in the audience that it’s the FOOCHA, and we’d better get with it or die on the vine. Drop that novel and start programming an interactive online distributed story quick, before a fifteen-year-old with a Twitter acount steals your readers!

I was just reading Justin Heazlewood’s “Laptopping” newsletter. Justin, the comedian known as the Bedroom Philosopher, uses his newsletter not just as a means to update his fans on his upcoming gigs but also as a virtual psychoanalyst. He pours himself into the newsletter, telling personal stories which sometimes don’t reflect well on him or could be embarrassing. He writes about his persistent problems with procrastination and negativity, and obsesses over gigs that didn’t go so well.

Now, this is all in keeping with what we might call his “art practice”. As he points out in the latest edition, part of his schtick is going out on stage and acting like he doesn’t know what he’s doing and looking confused. Fucking with his guitar strap. Mumbling.

At a good gig, this gets him sympathy, and big laughs when he reveals he is in fact a competent (even inspired) funnyman. At a bad gig, people just assume he is yet another crap comedian (yes, there’s a couple around) and lose interest. Clink glasses. Talk over him.

Anyway, I bring his newsletter up because it exposes, for me, a problem with this blog you’re reading: it’s not sure what it wants to be when it grows up.

If it’s a “personal” blog, or an “artist” blog, then I should be writing more stories about the day-to-day minutiae of developing an animated series. More setbacks. More worries.

If it’s a “promotional” blog, then the stories should all be upbeat and focus on exciting things that are happening with the show. Nothing personal or off topic.

Obviously it’s at an awkward place in between, where it’s occasionally candid, frequently glossy (as in, “glossing over things”) and not updated often enough — because, do I talk about our setback? Do I reveal our awesome idea? I know this would be more interesting if I did, but it might not be beneficial for the project to lay it all out in public.

So we come back to the original topic — I’m not sufficiently “engaging” the audience, i.e. you. Otherwise there’d be more of you.

(See? Right now I know that’s not the correct thing to say from a “promotional” standpoint. Ignore what I just said. THIS BLOG HAS A MILLION READERS)

On one level I’m not concerned by how many people read the blog, because (a) it’s partly just a diary exercise for me, albeit a self-censored one), and (b) the larger audience for it will come once the project’s further along and has a bit more “public profile”.

But I’ll continue to struggle over what kind of info gets posted here. Maybe it just needs more pictures. 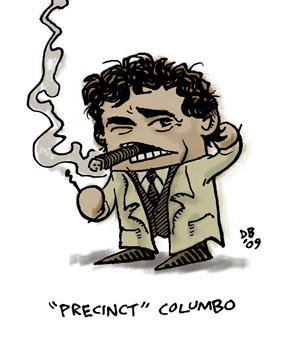 Oh, and the talk about how writers of the future must change their ways and go digital multiplatform? Total shit. The dope I heard speak insisted that “platform”, not “content”, “is king”.**

Maybe he was just trying to spark a bit of fire in a room full of muddleheaded technophobe wanna-be authors with nothing better to do at 10am on a Thursday, but I reckon those muddleheads are being severely misled. Now they’re probably all learning PHP because they think it’ll help their writing career.

Write good. Then worry about adapting yourself or your work to platforms.

* A friend who works at a museum told me they are made to use the word “engage” in reference to the work they do giving lectures and talking with school groups (“we want to engage with audiences”), because the words “teach” or “learn” imply that the audience will learn or be taught something. And then they’ll be disappointed if they don’t. Easier to say everyone was “engaged” and leave it at that.

** Anyone who says anything “is king” is probably a wanker. Unless they’re talking about an actual king.