This week is a big week: it’s ANTI-PROCRASTO WEEK. 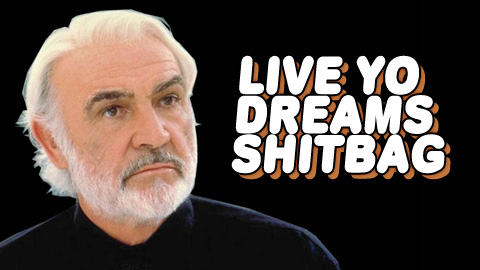 My workload lightens up a bit this week so I’m setting myself some tasks to take care of, the stuff that gets pushed back when I’m being paid to draw talking penises or animate moustache demons.

We now have three scripts at complete first draft stage, and two more itching to be polished up to that standard. This week I’m going to make eps 3 & 4 presentable.

Our cross-platform strategising is going swimmingly. We had two extra long “break-the-back-of-it” meetings last week, which have got us well on the track to finishing the strategy document and report for Film Victoria. What I need to do this week is write up an informal scope document outlining the brilliant Precinct Choose-Your-Own-Adventure game/project/experience so Eskimo can write up a budget for the thing.

I invented myself a NEW EXCITING SECRET PROJECT based on our strategy talks. There’s someone very important we need to get involved if this series is going to work, and I’m going to make that happen by blowing his mind with some custom animation. I won’t get it done this week but I will make a start.

Not Precinct-related, except that I need to keep work flowing in if I’m gonna take time to work on my own thing as well. So I gotta set up a lovely but simple new site promoting ME, the animation gun-for-hire.

Since going to MIPCOM, I’ve known something very important: kids shows are stupid, and usually based on stupid premises. You wouldn’t believe some of the crud that gets on TV, unless you have kids and you’ve been forced to watch it.

So it’s not impossible that a semi-decent kids show or movie could be made starring my character Herman, The Legal Labrador.

He’s a dog who’s a lawyer. I made a twenty minute short about him and his sad-act owner, Chuck. It was reasonably successful despite its length. I think it’s got legs, personally. So I’m going to start pitching it in earnest.